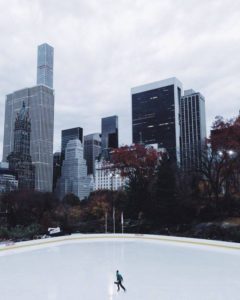 Manhattan ice rink, situated beneath trees in a park, was not properly protected from falling branches. A jury agreed and awarded $2 million. The top settlement checks in at $6 million, in a case in which a roofer claimed that he fell 15 feet and suffered ankle, foot and heel injuries.

This week’s Featured Verdict is a case in which a woman sued the operator and maintainer of an outdoor ice rink for wrist fractures she suffered in a fall while skating. She claimed that her fall was a result of her having tripped on a branch that had fallen from an overhanging tree, and she blamed negligent maintenance. A jury awarded $2 million, though that amount was reduced to $400,000, per a high/low stipulation’s terms. The gross verdict is the largest in our database for a New York premises-liability case involving a skating rink. If that sounds incredible, consider that we’ve reported merely 12 such verdicts in all of New York. Of greater significance is that eight of those verdicts were in favor of the defense. Go figure it would be so difficult to prove a skating rink hazardous, but the whole assumption-
of-risk thing is a significant obstacle.